Jim Ferrell began his path in real estate development as a custom builder in 2007. While in that role, he was awarded the coveted Summit Award from the Greater San Antonio Builder’s Association on multiple occasions for Design + Build accomplishments.

Prior to that, his experiences have included service in the USAF as an Orthopedic Surgical Assistant during the first Gulf War, as well as over a decade working in Houston as an investment professional.  Collectively, these professional experiences have laid the groundwork for a career that utilizes all of these talents.

Jim studied undergraduate finance at Southwest Texas State, (what is today Texas State University), where he attained an B.B.A. in Finance.

In Jim’s off-time, he enjoys spending time with his wife and two young children. 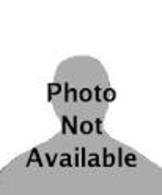